Blaine is half water, and along with Bellingham it’s one of just two towns on the water in Whatcom County.

Blaine sits on Drayton Harbor, a nearly circular 4,000-acre jewel that is one of the most important stops, along with nearby Birch Bay, for migrating shorebirds and seabirds along the west coast. Like a huge shallow dish, the harbor sustains a lush variety of plant and animal food. Wildlife biologists using satellite tracking technology have discovered that thousands of migrating birds from all over tend to stop to feed in the harbor and in Birch Bay as if they were a popular highway restaurant. In celebration of the birds, Wings Over Water NW Birding Festival is held annually every spring.

To keep the birds and other marine critters healthy, happy and edible, considerable effort has been expended by the Drayton Harbor Community Oyster Farm over the past decade after the harbor was closed to shellfish harvesting in 1992. Tender and succulent Drayton Harbor oysters, some the size of a middle schooler’s gym shoes, are once again being harvested for a booming market in, among other places, China. You can enjoy these succulent delights at their storefront in downtown Blaine at 677 Peace Portal Drive. Here you can enjoy raw oysters and different flavors of grilled oysters with a glass of wine or a micro-beer from from local breweries, Atwood Ales Farm Brewery or Kulshan Brewery Company.
Blaine’s marina, provides moorage for over 350 boats, as does nearby Semiahmoo Marina. Blaine Harbor sits on a spit of land between Semiahmoo Bay and Drayton Harbor and provides guest morrage. On the west side sits the world-class Semiahmoo Resort & Spa. Once home to the Alaska Packers Association (APA) cannery, the 200-room resort hosts gatherings from around the world in a breathtaking setting surrounded by a pristine beach. The historic passenger ferry M/V Plover that once delivered cannery workers across the harbor to work still runs in the summers for tourists.

Traditional gatherings, always at or around the waterfront, include late April’s Semiahmoo Regatta, a two-day affair that draws over 100 sailboats, one of the few small town Fourth of July celebrations with a pancake breakfast, several block long street fair and auto show & shine, a parade and evening fireworks display over Semiahmoo Bay. Every August downtown Blaine and the harbor abound with sea pirates for the Annual Drayton Harbor Maritime Festival. Blaine is host to several other year-round activities. To view all the events happening in Blaine, visit www.blainechamber.com.

Find a real estate professional to assist you in finding your dream home or perperty here in Blaine! 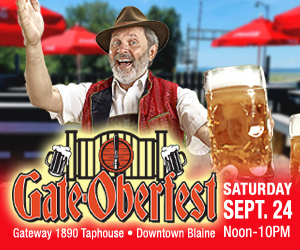 Tide Tables are not for navigational use.

Drive results to your business by advertising on birchbayvillage.com.

BirchBayVillage.com is not affiliated
with Birch Bay Village Community Club. 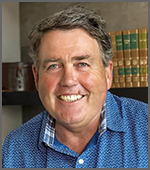 I have been working with clients to realize their real estate dreams in Whatcom County for over 30 years. I use cutting edge technology to serve my clients with the utmost professionalism and competence through Windermere. Allow me to help you achieve your real estate goals today.

Call Me
Email
My Listings